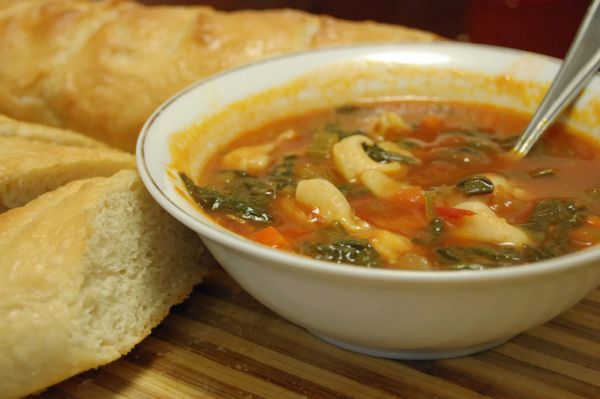 Join us on Thursday evenings during Lent for our annual Soup & Spirituality series. This year, using Thomas Jay Oord's book God Can't: How to Believe in God after Tragedy, Abuse, and Other Evils as a guide, we'll explore the questions of evil, suffering, the nature of God, and how to hold those things together. Is God both good and all-powerful? If so, does God cause natural disasters, abuse, or other senseless suffering? Making sense of these questions is an enduring human struggle. We won't necessarily solve all these problems in our time together, but in sharing our wisdom and experiences will hopefully arrive at better questions and deeper spirituality.

Featuring speakers from various faiths and backgrounds, we'll hear wisdom and perspectives from a variety of viewpoints. Come to one or all evenings, read along in the book or don't, come alone or bring friends and neighbors. Come at 7:00 pm for a light supper of vegetarian soup and bread, or at 7:30 pm for the talk. Join us!

The Reverend Sarah Reynolds is Holy Nativity's Associate Priest for Community Formation. Theologically trained at Wesley Theological Seminary (D.C.), The University of Chicago Divinity School, and Church Divinity School of the Pacific (Berkeley), she sees the world through a decidedly theological lens. Her foci over the course of her education were primarily in Systematic Theology, Black Liberation Theology, and Trinitarian Theology. Her favorite ways to spend her spare time include reading and writing, seeing live music and baseball, cooking, beach-going, talking theology, and finding any excuse to be outdoors.

Michael Robinson is a native Angeleno who has published as a poet, a short fiction writer and as an academic. Additionally, he is a produced playwright and an optioned screenwriter. He received his B.A. and M.A. degrees in English Literature from Loyola Marymount University and will receive an MFA in Playwriting from the University of California, Riverside in June. His scholarly explorations cover notions of race, gender and epistemology in writers as diverse as James Joyce to Langston Hughes. His plays, short and long, have been performed along Hollywood’s Theater Row on Santa Monica Boulevard and his ten-minute play, Rabbits, was a 2019 national finalist for the Kennedy Center American College Theatre's Planet Earth award. He has three literary children and a best-dog who may or may not also be literary.

Dr. John Parrish teaches and studies political theory at Loyola Marymount University. A native of Oklahoma and a summa cum laude graduate of William Jewell College, he has studied at Oxford and Cambridge and earned his Ph.D. in political science from Harvard. Parrish is co-author of “The Decline of Mercy in Public Life” (Cambridge University Press, 2014) and author of “Paradoxes of Political Ethics: From Dirty Hands to the Invisible Hand” (Cambridge University Press, 2007), as well as numerous edited volumes, journal articles, and book chapters. Parrish teaches courses in political ethics, political rhetoric, and the history of political thought. He is currently at work on two book projects, provisionally titled “Political Ethics: An Introduction” and “The Problems of Evil.” Dr. Parrish also serves as special assistant to the president of LMU.

Mohammed Abdul Aleem is CEO of Human Assistance & Development International (HADI), which has been working since 1991 to build bridges of understanding through humanitarian and educational projects. Two of the main flagship projects of HADI are IslamiCity and CLASSRoad. IslamiCity was established in 1995 to provide a non-sectarian, comprehensive and holistic view of Islam and Muslims to a global audience. CLASSRoad – The Center for Languages, Arts, & Societies of the Silk Road was established in 2007 to promote Silk Road languages and cultures in the United States. Aleem has 30 years of experience in Information Technology and extensive work experience in the aerospace industry and other Fortune 500 companies in the area of Management Information Systems. He holds an MBA with a specialization in Management Information Systems from Southern Illinois University at Edwardsville.

The Reverend Scott Taylor serves as Deacon to Holy Nativity. Scott hails from Wisconsin and has lived in Los Angeles for almost 20 years. Five years ago, he observed the Episcopal chaplaincy program in the jail and found his heart moved. He trained to become a board-certified chaplain at Good Samaritan Hospital and worked as a jail chaplain for almost five years. Previous to this, for more than 20 years, he consulted in strategic planning and brand management. Scott’s many passions range from prison reform and improving mental healthcare in the jail to stewardship of the environment, hiking, jazz, and classical music.

Steve Castillo is a formerly incarcerated advocate for families of prisoners. Steven first entered prison at the young age of 19 for robbery and served 3 1/2 years. He returned to prison at the age of 27 with a sentence of 35 years to life for aiding and abetting first degree murder. He spent nearly a decade and a half confined in the Pelican Bay Security Housing Unit for being a prison gang associate. On June 9, 2017, after serving 30 years, Steven was paroled to the Francisco Homes. Steven's remarkable journey to freedom came about when he chose to end his criminal, gang, and addictive lifestyles in 2005. His troubles began shortly after his release from an abusive foster home when at the age of 10 he began drinking and using drugs. Following his release from prison he has started his own business as a paralegal and prison consultant, working primarily with families of the incarcerated. He also enrolled in school and is studying to be a counselor. He currently has a second job as a Program Monitor at a Men’s Recovery Center in Los Angeles County.

"Reb Jason" van Leeuwen is rabbi and cantor at Temple B'nai Hayim. He is also a recognized vocalist, guitarist, and composer. His first CD, "Shabbat Rocks" had 4 tracks shoot to the top 5 in mp3.com Australia's World Music charts. Reb Jason’s community outreach includes the production of a fundraising concert for victims of 911, the start of a temporary housing program for migrant workers on Long Island, and serving as President of an LA Neighborhood Council. He has also been involved in the theater, having been an actor, director, producer, and composer in numerous community productions. Born in Syracuse, New York, the son of a Dutch Jewish father and a Daughter of the American Revolution, Reb Jason was ordained by the Jewish Theological Seminary and holds a BA Degree from the University of Judaism.

The Zoom link is emailed each Friday. If you do not receive it, please email [email protected] by Saturday evening to receive the link.

Holy Nativity volunteers cook and deliver a hot and nutritious meal to Safe Place for Youth (SPY) on the first Tuesday of each month. The meals are prepared and are ready to go by 2:45 P.M. and are served by 3:30 P.M. If you wish to volunteer, please contact the church office at 310.470.6777 or email us at [email protected]

Join Dr. Brad Elliott Stone and Rev. Judy for Bible Study: The Book of Job. The sessions will take place via Zoom.

Zen is an ancient tradition; yet it's a living one that is constantly evolving. Here in the information-saturated world of Los Angeles, we are applying the underlying principles of Zen to our busy lives. The Westchester Zen Circle meets each Wednesday evening to practice Zen meditation (zazen) and mindfulness. In the spirit of Collective Awakening, we also explore the fundamental questions of life through group discussion and koan study with our teacher, Sensei Kipp..

Sundays at 10:30 A.M.
Holy Eucharist (with music and Christian education)